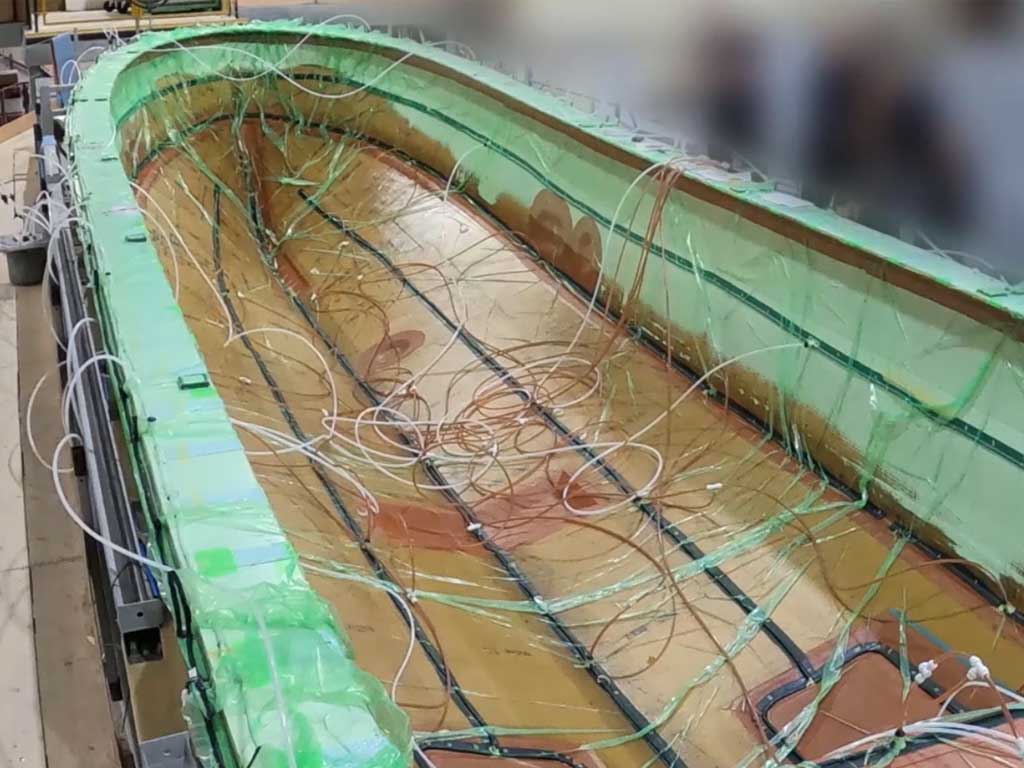 After the successful delivery of two 19m vessels due to replace HMS PURSUER and HMS DASHER in Gibraltar, NORCO has successfully bid to produce 18 vessels over the course of 4 years.

The first 15m Ministry of Defence Police Patrol Vessel left NORCO’s facilities in Poole Q1 2022. NORCO have designed and manufactured the tools for the project, utilising years of experience in the marine leisure and defence market producing quality large composite components. Similarly, the hull, wheelhouse and internal structure are to be sourced from NORCO complete ready for fit out and testing with MST Group.

“MST’s recent delivery and commissioning of HMS Cutlass into the Royal Navy’s Gibraltar Squadron was the culmination of a huge team effort, in which NORCO composites was a key member, with them delivering high quality composite structures and components for HMS Cutlass and her sister craft HMS Dagger.

MST chose to partner with NORCO in the very early stages of the project, recognising that both their technical capabilities and manufacturing facilities would be instrumental for successful project delivery.

Such was the success of the two Royal Navy 19m builds, MST have now contracted with NORCO to build the hull and superstructure for the eighteen HPB-1500 boat contract MOD Police Patrol Craft”

“Having been involved from an early stage we were able to work closely with the MST project team and Naval Architects to optimise tool design, build in design for manufacture, thus ensuring weight targets were repeatably achieved at an early stage. Norco are continuing to develop and advance large direct injected infused structures to minimise part weight, resin waste and ensure the highest quality”