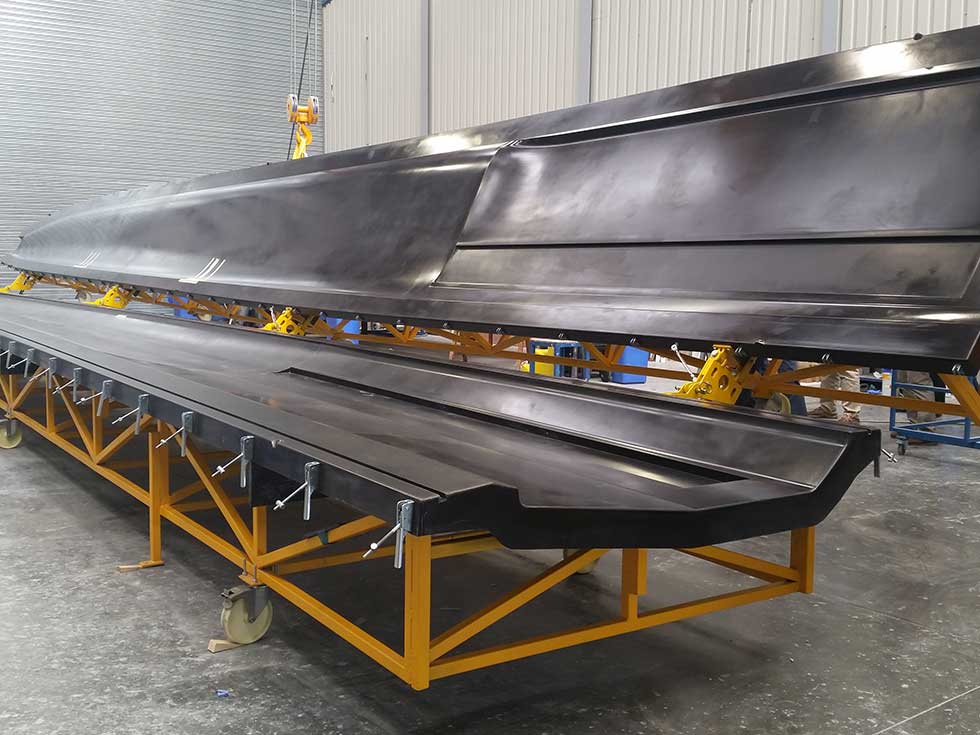 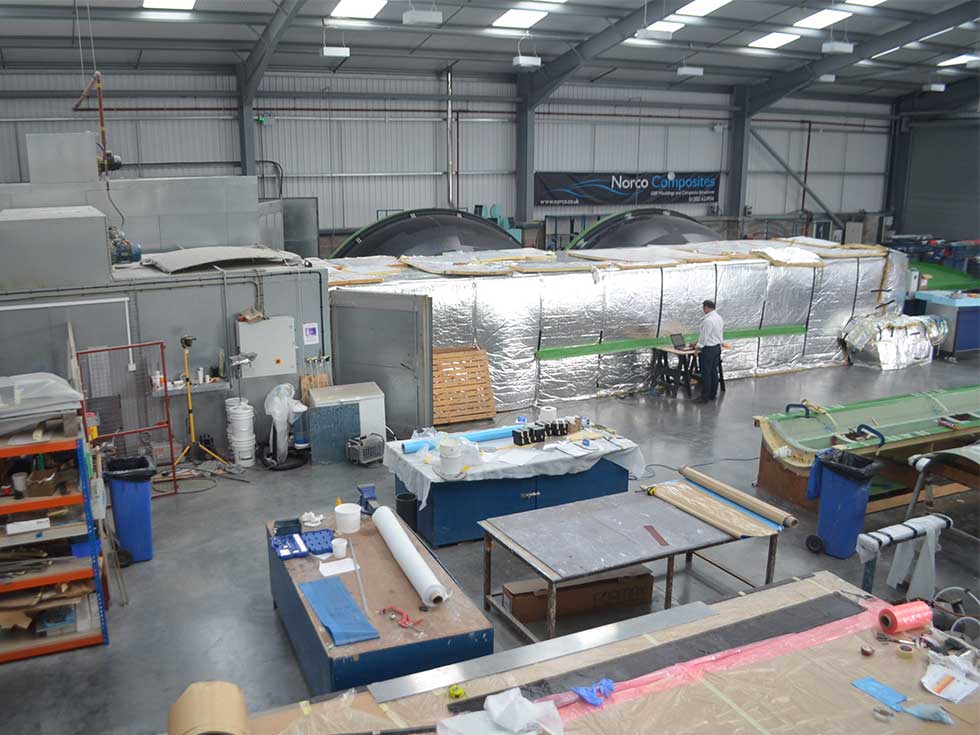 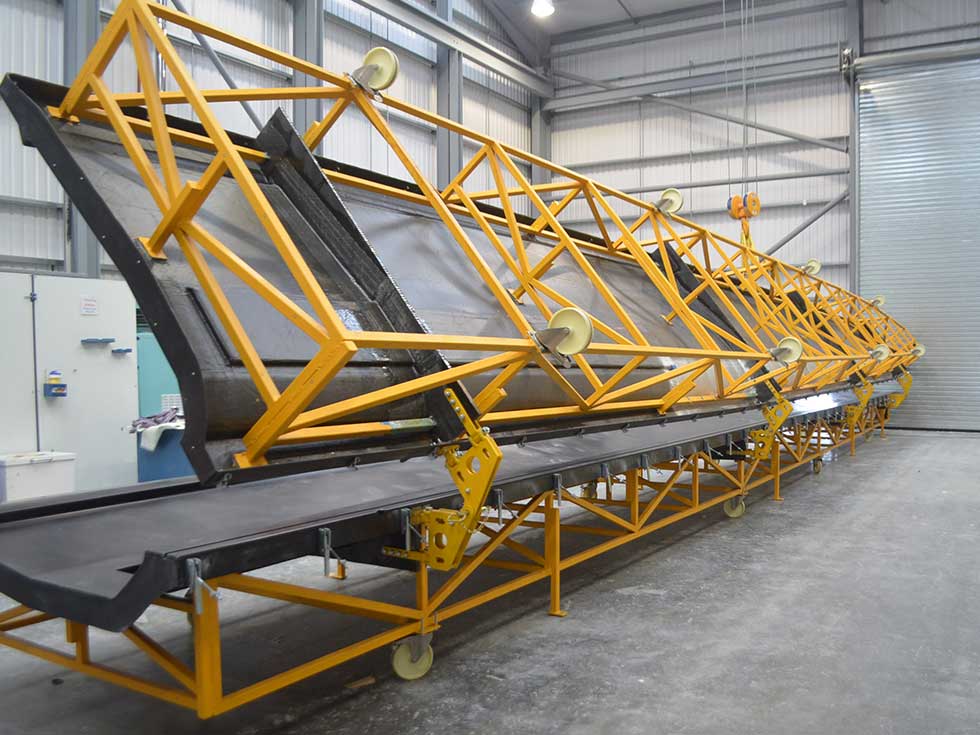 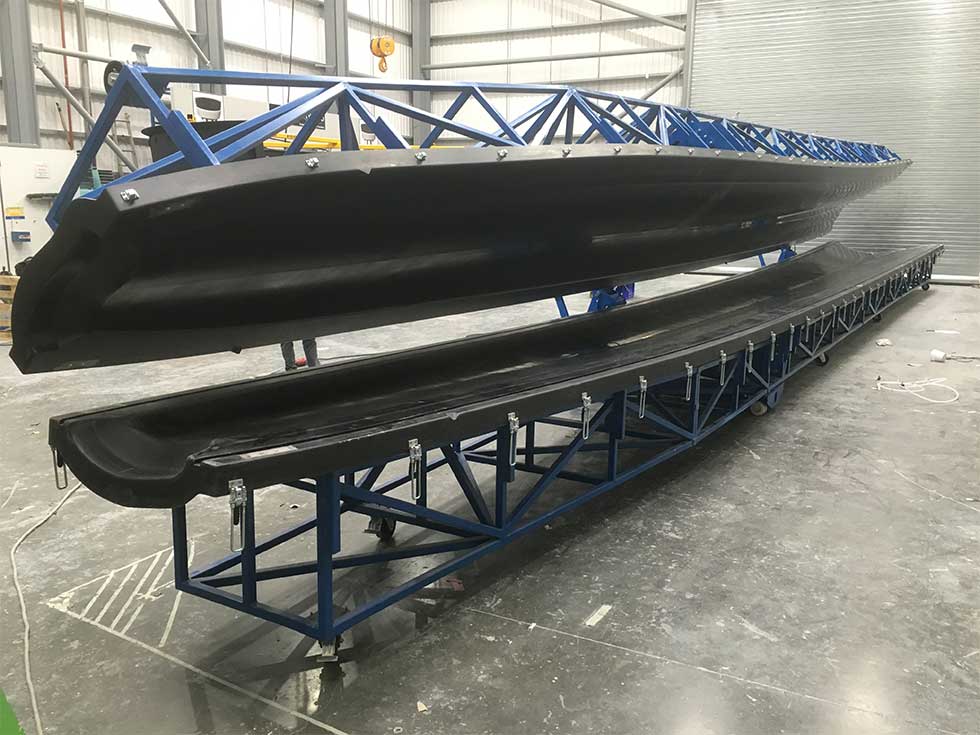 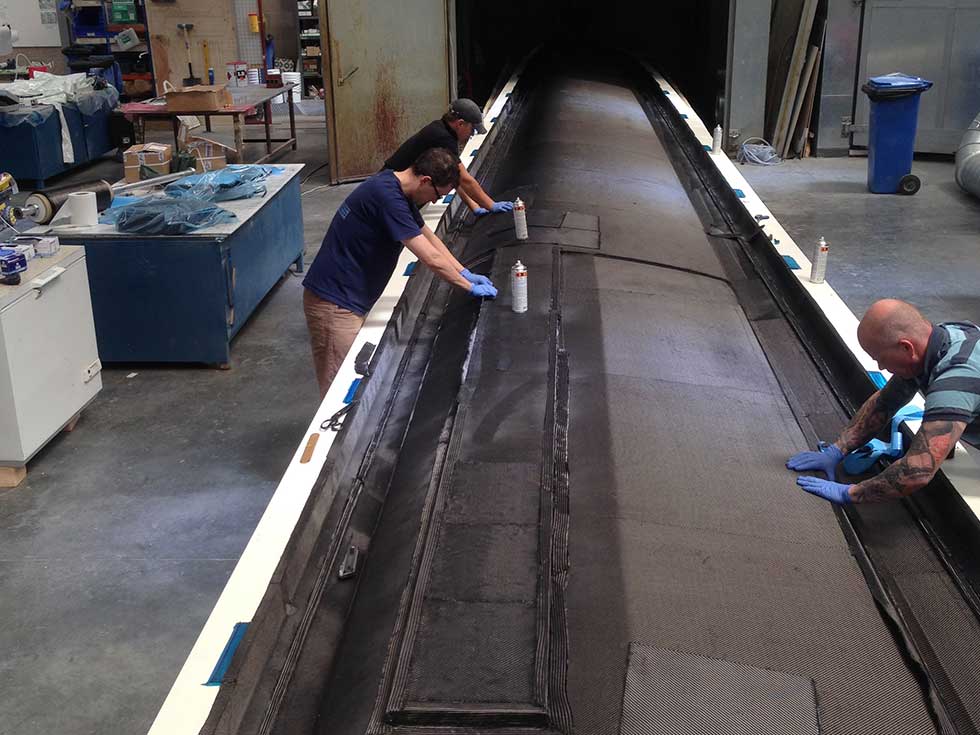 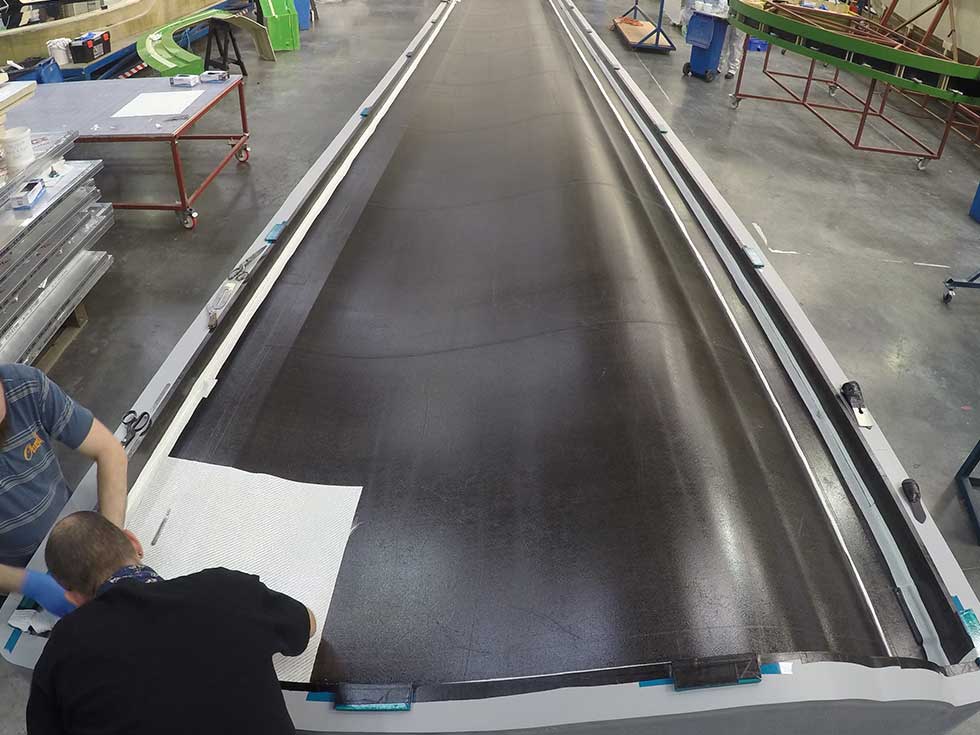 In order to match the low expansion rate and high turnaround times of the highly structural blade tip, a requirement for carbon tooling material with a Tg in excess of 140°C led Blade Dynamics and ourselves to select Cytec patented ZPREG™ technology. The prepreg system provided sufficient outlife to laminate the tool and cure each blade half within 2 weeks using a custom built oven.

The use of carbon fibre as a tooling material presented other challenges when designing and integrating the hinging steel backing support structure. A detailed thermal and structural analysis had to be carried out to ensure that the support frame was able to support the tool throughout the rotational cycle of opening and closing yet not distort the mould during the high temperature bake cycles. The hinging system had to allow the tools to separate and fold away in production then come together and close within 10 minutes. This was achieved in under 6.

A multi-zone integrated heating system with an external control unit was another challenge so we teamed up with Lamina heat who provided their power film technology, a conductive homogenous film which is encapsulated in the tool skin isolated from the conductive carbon tool providing an almost instant controllable heat source exactly where it is needed. We have since used this heating film technology on a number of other applications warranting high cycle rates of predominantly prepreg parts.

We provided the customer with an extensive pack of data and test results supporting the tool build which enabled the tool to be supplied with a CE approval. The completed tool including frame & hinges weighed in at 1.8 tonnes. 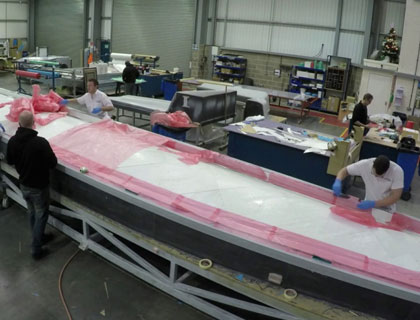 NORCO were approached by leading wind energy technology company Blade Dynamics to produce a flagship tool for their next generation modular blade development. After a collaborative design & manufacture program between NORCO, MouldCAM & Blade Dynamics the end result was the development of a Rotor Blade Tip Tool to enable Blade Dynamics to realise a fast and efficient turnaround of blade tips for their 6MW Offshore rotor assembly.