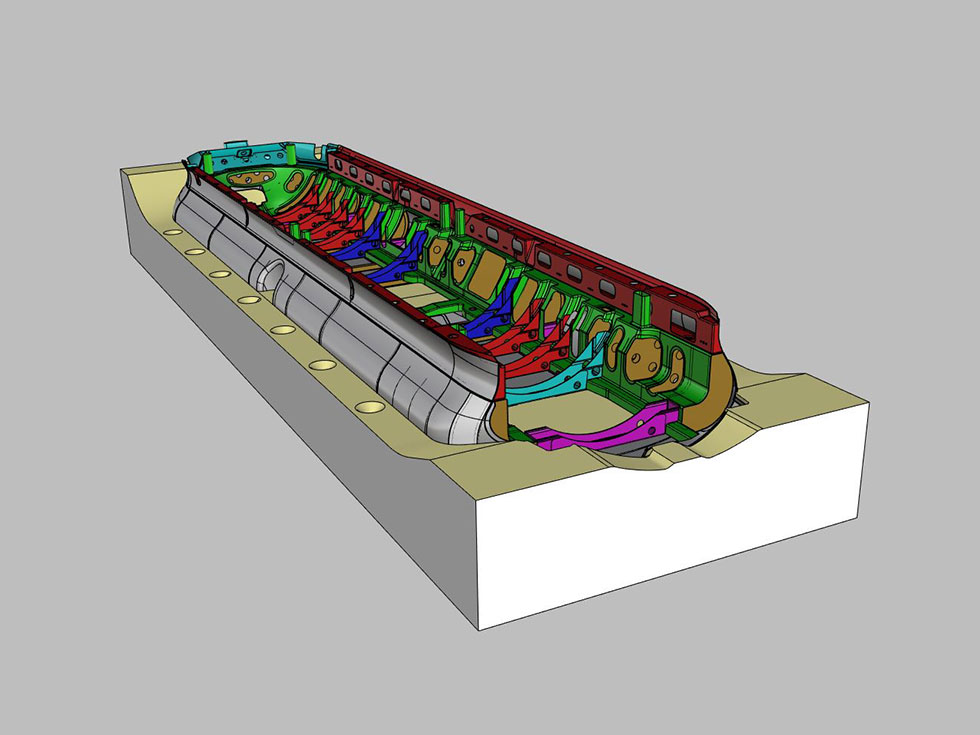 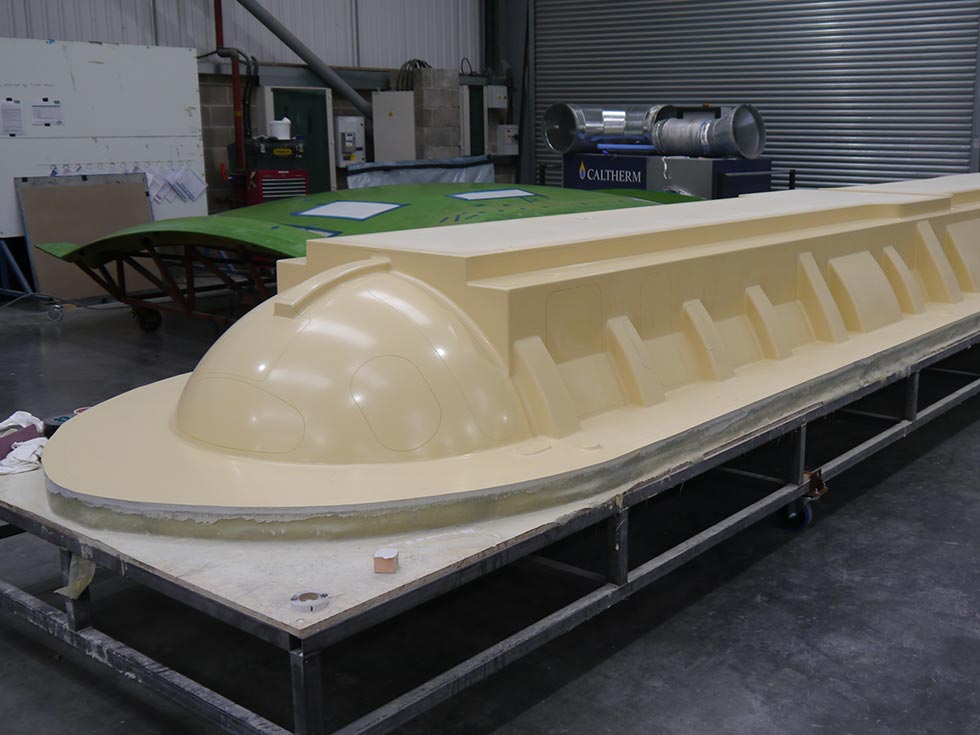 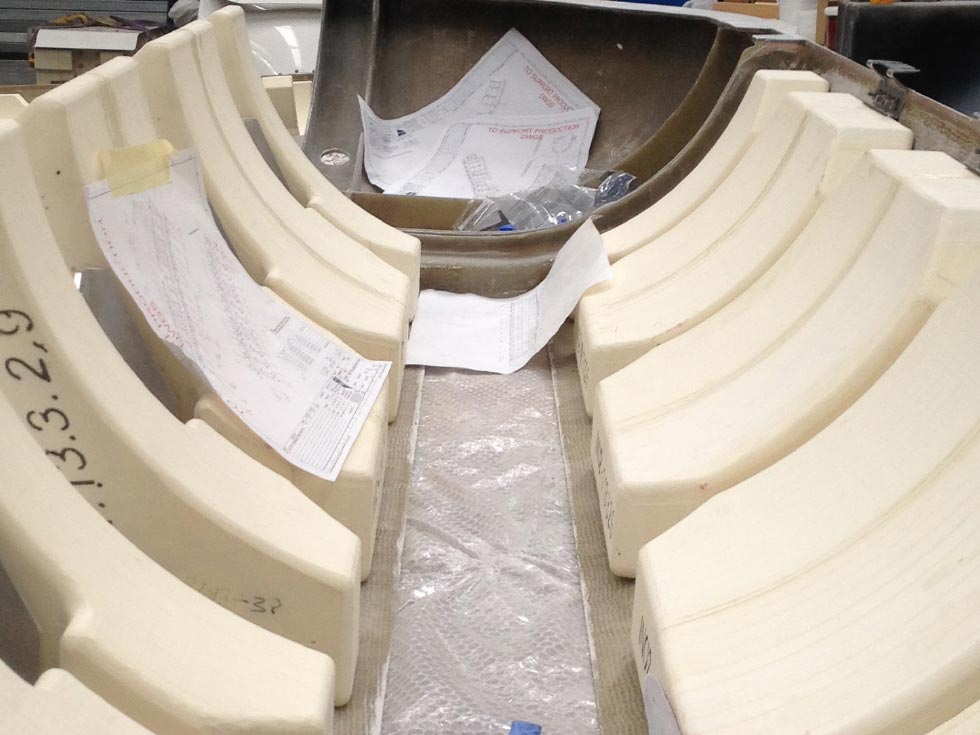 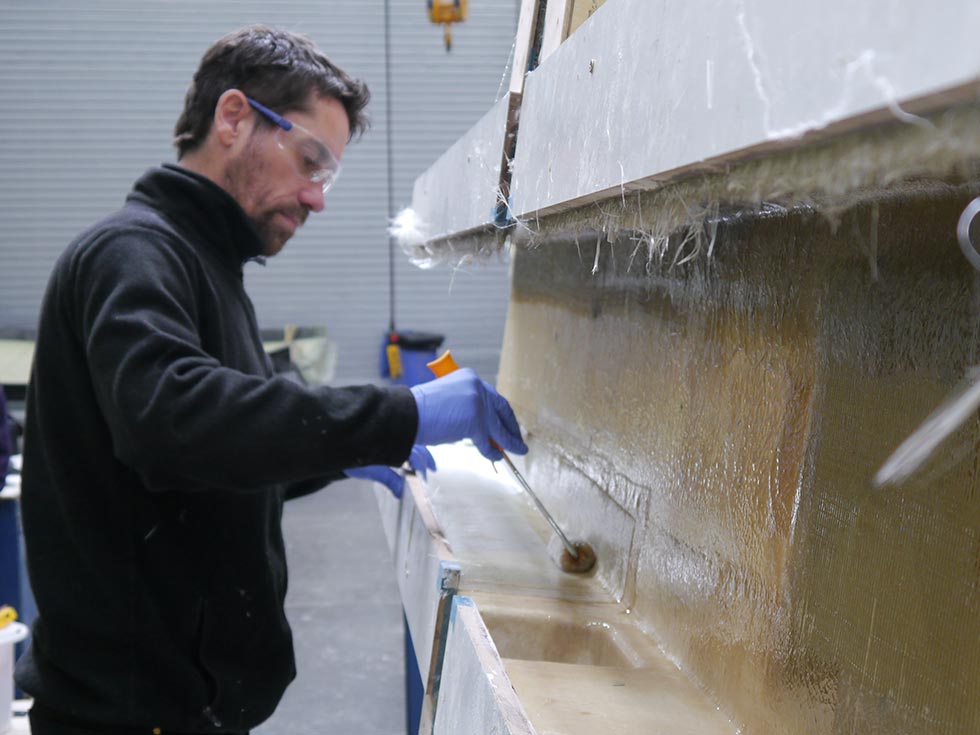 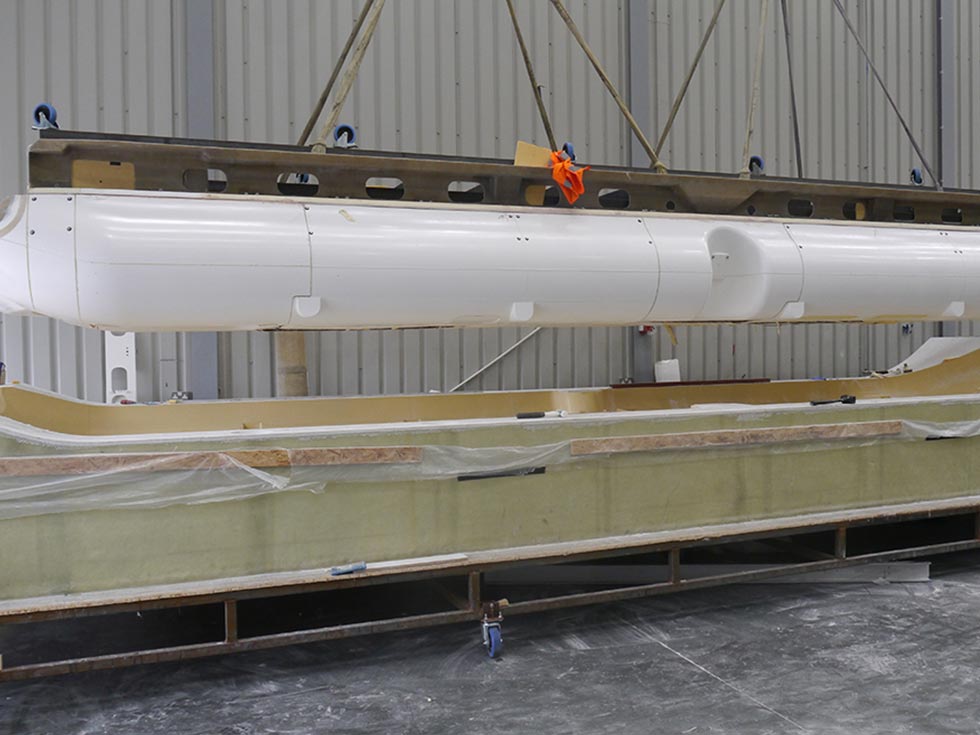 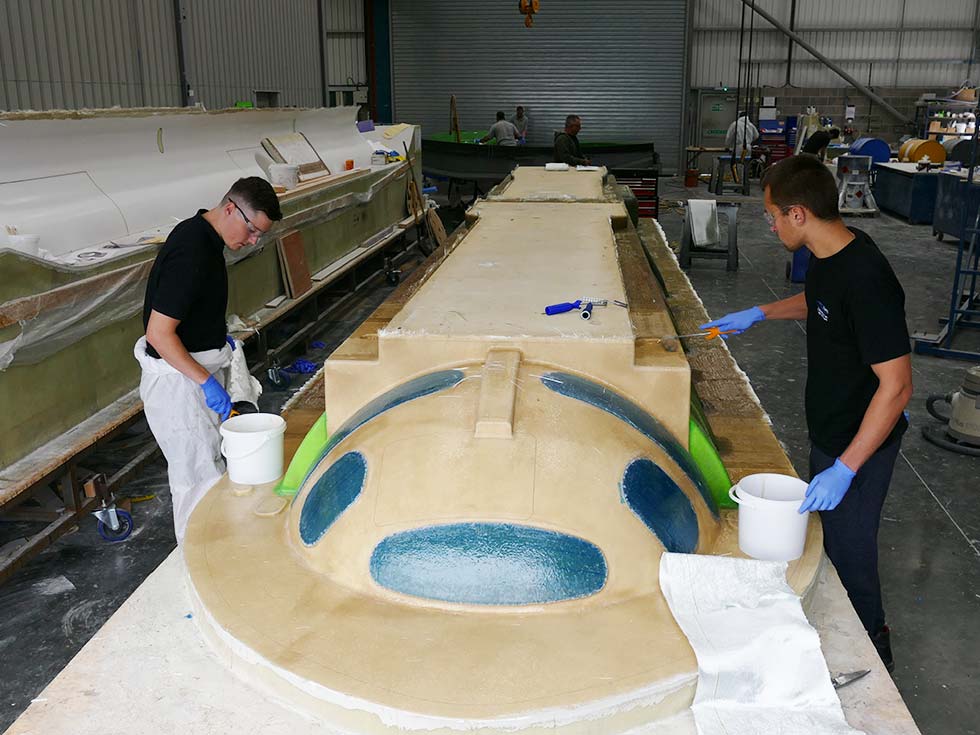 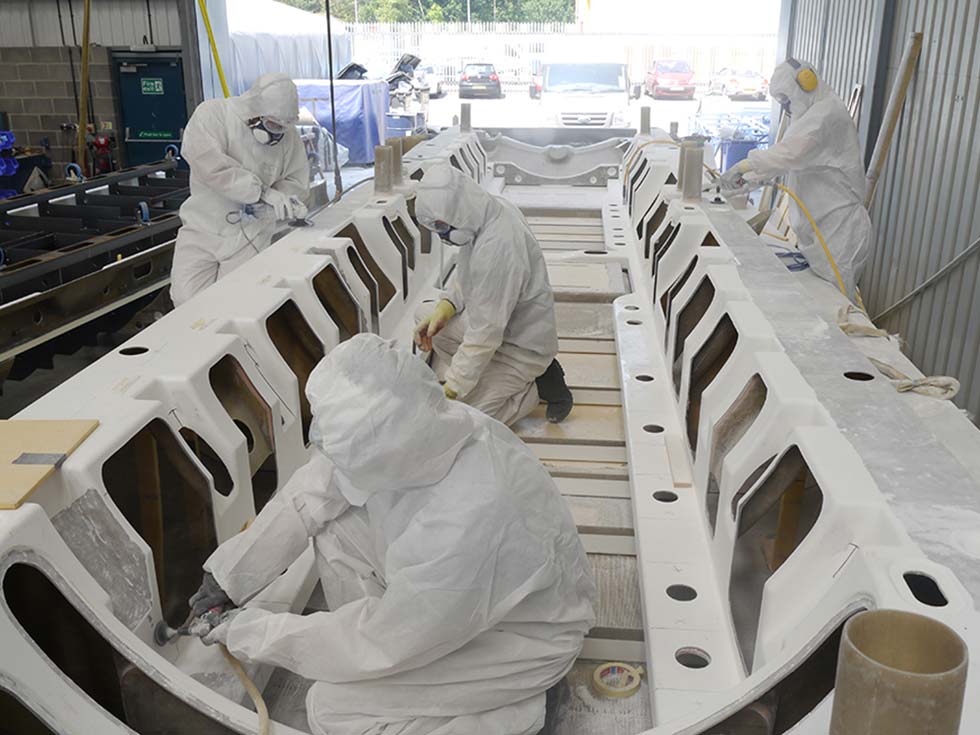 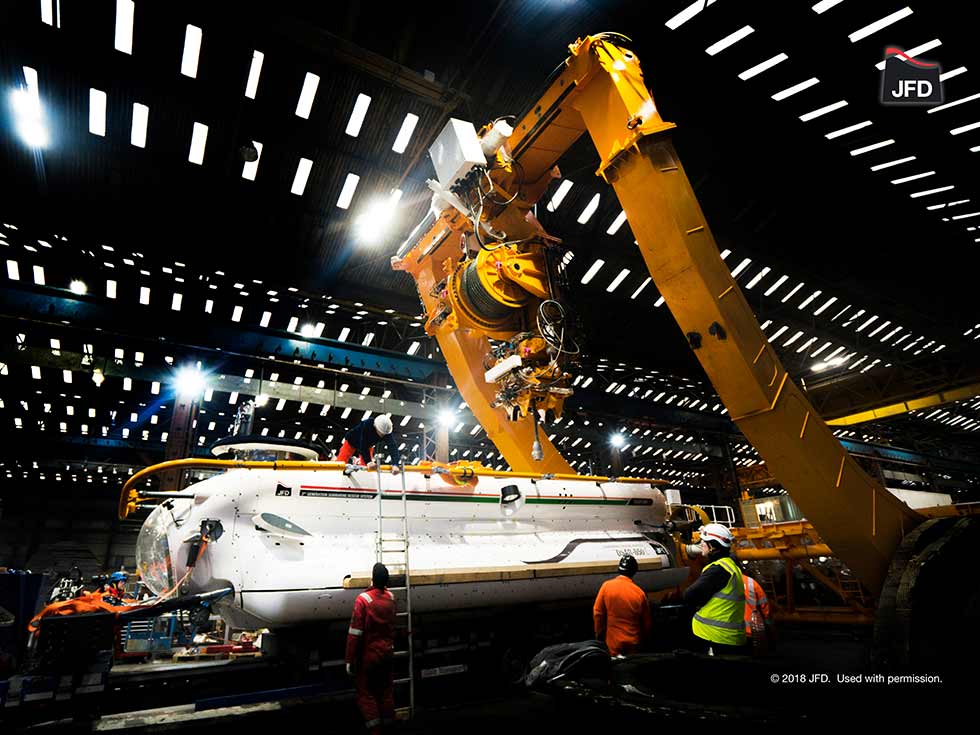 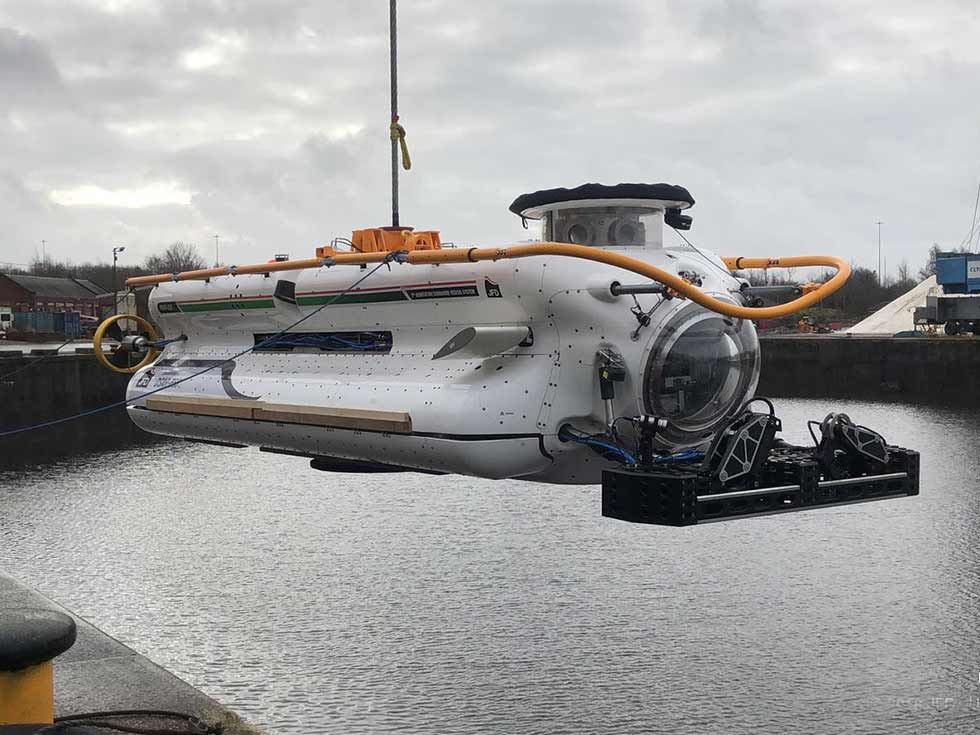 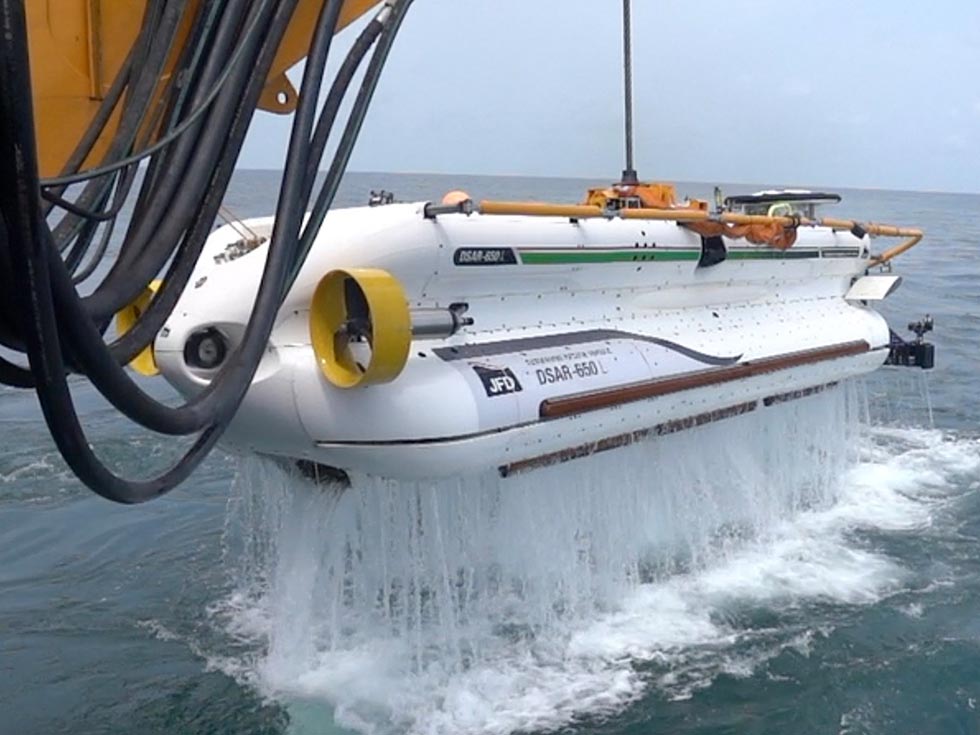 We were contracted by James Fisher Defence to manufacture a composite monocoque for a submarine rescue vessel. The vessel had to be manufactured to a new standard, focusing on a shorter manufacturing cycle, increased rigidity and lighter weight.

Our involvement in the project began right at the beginning with liaison between the designer and the client on the CAD design of the direct tools required. By placing early emphasis on the design of the monocoque, datum’s were established that, via use of direct moulding, ensured those surfaces that interfaced with either sub-assemblies, or the pressure hull, could be controlled to fine tolerances over large distances (>12m).

We advised on suitable materials for the manufacture of the panels and worked closely with JFD to manufacture the S1800 high density buoyancy blocks and the required A4 316 stainless steel parts.

The weight of the composite parts had to be closely monitored throughout the manufacturing process. All materials and consumables were weighed on-and-off the job. Since every 1Kg of composite material required an additional 5Kg of high density foam to remain buoyancy neutral.

The upper monocoque was constructed with a composite framework housed in over 47 panels, which form the hydrodynamic shell of the entire submarine. The structure had to be assembled over a large CNC’d steel jig purpose built to replicate the submarine’s pressure vessel.

Quality tests included pressure testing of the tanks, load testing and NDT on key parts, with inspection/sign off documents for all processes and inspections.

The sealing and testing of the 5 internal water tanks on the upper monocoque section were particularly challenging, as the 5 tanks were a new design and had not been manufactured before. 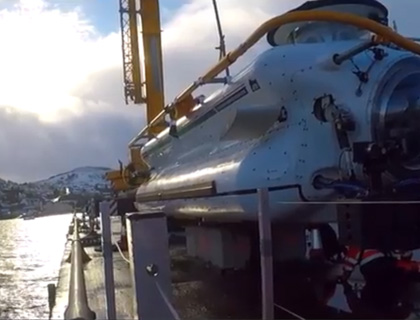